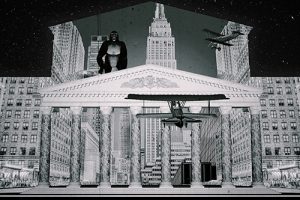 " From the first steps of the cinematographe to our days, To be continued follows the history of cinematography using the façade of the bolshoi theater as a playground.
However, in this story, the historical elements and references collide and merge with humour creating a kind of poetic parody of cinematic techniques and genres »